Devineni Nehru Wiki: Age, Family, Pics, Cause of Death and Facts to know 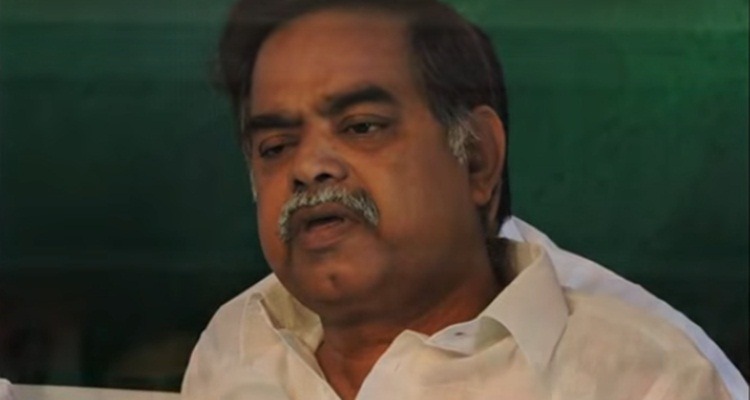 Devineni Rajasekhar, popularly known as Devineni Nehru was a leader of the Telugu Desam Party from Krishna district of Andhra Pradesh. He represented the Assembly Constituency in Krishna district. He served as the Minister in the first cabinet of late Chief Minister YS Rajasekhar Reddy. On Monday, 17th April 2017 he died of heart attack. Here are a few facts to know about his work in politics and his death in Devineni Nehru’s wiki.

He was born in Vijayawada, Krishna District

Devineni Nehru was born on 22nd June 1954 in Vijayawada. He graduated with a degree in Bachelor of Arts and then entered the field of agriculture. He was the son of Sri D. Rama Krishna Vara Prasad. He lived near Ashok Gardens, Gunadala, Vijayawada. He was married to Smt. Devineni Lakshmi. He has a son named Devineni Avinash and a daughter.

Devineni Nehru enjoyed six terms as an MLA from Kankipadu Assembly Constituency. He defeated the TDP candidate, Gadde Rammohan in 2004 and 2009 Assembly elections consecutively. Devineni Nehru had a political rivalry with Devineni Uma, Vallabhaneni Vamsee and Kodali Nani in the district

Devineni gave a lot of importance to his health

Nehru took good care of his health. Even at the age of 65, he would get up early at 3:00 am and started his day with yoga. He was known for helping people throughout his political career. He was also interested in agriculture. He earned a lot of respect from the people for his deeds.

Telugu Desam Party (TDP) leader Devineni Nehru died of cardiac arrest as informed by his family members. He was 65 and suffering from kidney related ailments and was recently hospitalized for the same. He was at his house in Hyderabad when the incident happened and his body was shifted to his home in Vijayawada where the last rituals will be performed on Tuesday.

Nehru joined TDP when it was formed by N.T. Rama Rao

Nehru joined TDP when it was formed by N.T. Rama Rao in early 1982. He was elected as MLA of Andhra Pradesh from Kankipadu in 1983 and retained the seat in 1985, 1989 and 1994. He served as the minister of N.T. Rama Rao’s cabinet from 1994 to 1996. Nehru was one of the few leaders to remain loyal to the party founder N.T. Rama Rao when N.Chandrababu Naidu revolted against him.

Nehru joined the Congress party in 1999

Nehru decided to compete in the elections from the Congress party in 1999. He lost the election, but was again elected to the assembly in 2004, however, again suffered defeats in 2009 and 2014. In 2016, he re-joined TDP along with his son Avinash.

The leader of Congress party who belonged to the Kapu community, Ranga was murdered in 1988 when he was on a hunger strike. The death of Ranga sparked unprecedented violence in Vijayawada and other parts of Krishna district as well as neighboring districts. More than 40 people were killed and properties worth billions of rupees were destroyed in the violence. The violence stopped after N.T. Rama Rao made Nehru surrender. Filmmaker Ram Gopal Verma recently produced a Telugu movie “Vangaveeti” on the war between two families.

The Chief Minister of Andhra Pradesh and the President of TDP N. Chandrababu Naidu condoled the death of Nehru and said that it was a personal loss to him and the party. One of the longest reigning political person has left us. Rest in Peace Devineni Ji.