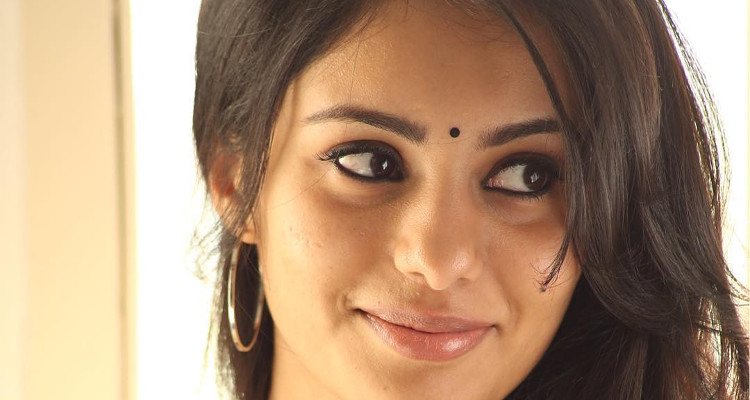 If you have seen Deepa Sannidhi in Chowka you will know why I had to write about her. With hotness and elegance, Deepa is climbing up the “Stairway to Stardom”! With marvelous performances in movies like Enakkul Oruvan, Yatchan, and Chowka, Sannidhi is definitely in my “top 10 actresses to watch in 2017” list! Here’s a complete communique of Deepa Sannidhi’s wiki along with the list of her upcoming movies.

Disclaimer: DO NOT forget to check out Deepa Sannidhi hot pics at the bottom!

Nobody knows why Rahasya was changed to Deepa. Many upcoming actresses have fallen prey to this new trend of having a different name on-screen. Well, we all like Deepa, but Rahasya increases curiousity! Why she took the decision of changing from Rahasya to Deepa is a mystery left uncovered.

Yeah! That’s right! A Coffee estate! Isn’t it a dream worth living for all the coffee addicts out there? Deepa Sannidhi’s father, Shashidhar owns a coffee estate and her mother, Nanda is a housewife. Sannidhi was born on 14th June 1990 in Chikkamagalur district of Karnataka. Both her parents are Kannadiga. Deepa Sannidhi’s age is 26 years.

A Drop-Out Engineer? Jewelry Designer or Model? Who is Deepa Sannidhi?!

Deepa completed her schooling from St. Aloysius College, Mangalore. Later, she pursued Architectural Engineering. She was simultaneously doing modeling as well. During her first year, she was approached by Dinakar Thoogudeepa and Amin Jafarizadeh, directors of the film, Saarathi. It was her first film offer. Sannidhi dropped out of college to pursue her dream of becoming an actress, a decision that later changed her life! However, Deepa did not lose focus from education. During her acting career, Deepa simultaneously pursued a degree in English Literature through distant education. She has also completed a one year course in jewelry design.

Deepa’s Movies on the Go!

Deepa had to pass through two layers of auditioning to finally secure the lead role in her debut film, Saarathi, 2011. This was a break she had longed for years! Dropping out of college, she entered the film industry immediately. Deepa Sannidhi’s next movie was Paramathma, directed by Yograj Bhat.  She signed the offer during the shooting of Saarathi. The two movies were launched within a gap of only one week, both of them becoming huge blockbusters. The year 2011 was one of the best years for Sannidhi. She managed to star in two blockbusters and entered the film industry with a shine! Deepa was chosen as the “Promising Newcomer Female” for Saarathi and Paramathma in The Bangalore Times Film Awards 2011. In 2012, Preetham Gubbi’s Jaanu hit the cinema theaters. Critics claimed the movie as “Deepa Sannidhi’s film all the way”. Over the years, Deepa has acted in many films. Some of them are Endendu Ninagagi, Enakkul Oruvan, Yatchan, Chakravarthy, and Chowka. Deepa’s upcoming movie is Love Churumuri which might be released in 2017.

Be Proud of the Space you Take Up!

Photoshoots are a way of life for Deepa!

Keep your Head in the Clouds

If you were a Library Book, I’d Check You Out…

Elegance is when the Inside is as Beautiful as the Outside!

Here’s my favorite one…

Her Smile can Start Wars!

THTL: Too Hot To Live

She is too hot to live, isn’t she?

I’m sure you all need an extra pair of hands to get up after checking out this gorgeous creature! Need more? Not to worry we have the latest hot pics and wikis of all your beloved actresses! All you got to do is stay tuned to…you guessed it right, SocioFreak!