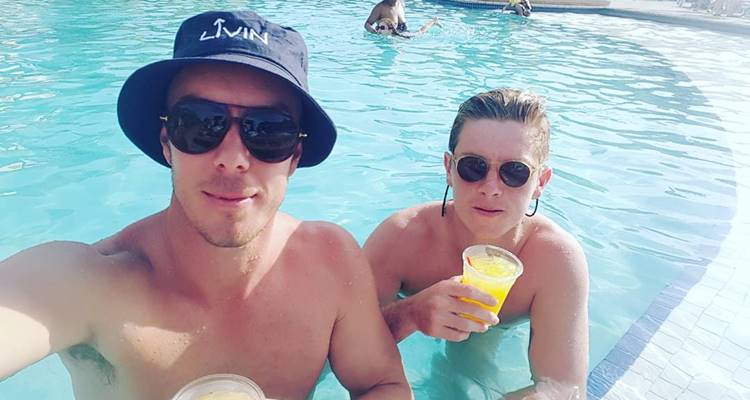 Chris Lynn has been consistently performing in this year’s IPL and today he has played a match-winning innings for KKR. His sublime form has kept KKR fans always on their feet and people can’t help but search for him. Who is Chris Lynn? Which country does he play for? Here are all the secrets about the Australian star in Chris Lynn’s wiki.

Chris Lynn’s IPL 2017 stats are pretty impressive. He has played nine matches in which he has scored 348 runs with a high score of 93 runs. He has three half-centuries to his name and has taken five catches too. Along with batting, he has done a fairly well job in the field.

Chris Lynn’s age is 27 years. He was born in Brisbane. Queensland and attended St Joseph’s Nudgee College and the Queensland Academy of Sport.

Gautam Gambhir has Named him ‘The Hardest Hitter in the World’

The Aussie batsman just made his return after a shoulder injury which caused him to be sidelined for a month. His 22-ball half-century and Sunil Narine’s 15-ball fifty (a new record in the IPL 2017) led the Kolkata Knight Riders to a victory over Royal Challengers Bangalore on Sunday.

Gautam Gambhir praised his teammate in the interview after the match. He was quoted saying “I reckon (Lynn) is the hardest hitter of the ball at the moment in international cricket.”

He Plays for Queensland in the Australian Domestic League

Lynn became a Queensland legend after his crucial match-saving century in the Sheffield Shield game, which was surprisingly his second game and to add to it, he was just 19! This raised expectations from the then young Lynn and was a force to reckon with in the Australian cricketing scene. Due to his consistency, he earned caps in the three T-20 games played against India at the start of 2016.

This one was an absolute eye-pleaser. Not just an excellent batsman, Chris is an equally great fielder. His stunning catch against RCB in 2014 earned praises all over the world. The catch was taken on the boundary line where he couldn’t look at the ball. This catch was a game-changer for KKR.

He hasn’t had a very notable international career. However, one of his remarkable innings came in the 2014-15 First Class season where he scored 250 runs against Victoria at the Gabba, Brisbane. This was his best performance till date.

Chris Lynn co-founded an Australian coaching network for budding cricketers, named PlayBook Coach with Keiren and Chelsea Murphy. His idea of starting such a service was inspired by his own private coach who gave him the confidence to take his cricket from club to state level. Chris has had the opportunity to play with some of the world‘s best coaches and has learned many new techniques from them. PlayBook is expected to launch by mid-2017.

KKR having the upper hand in the previous eight matches against KXIP, couldn’t capitalize on the opportunity today. They lost today’s game by 14 runs. Chris Lynn’s superb knock was in vain but we hope to see him perform so well in the coming days.