Raksha Gopal Wiki: Everything You Need to Know about the CBSE Class 12 Topper in 2017 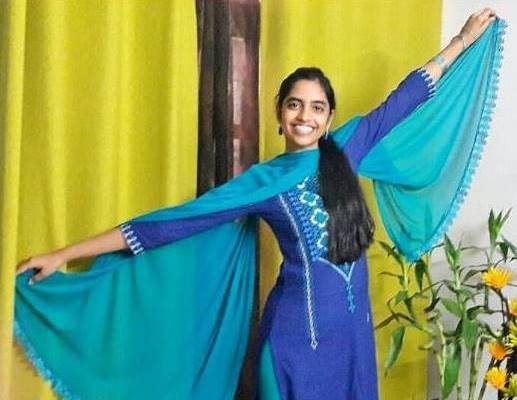 The CBSE class 12 results were declared today morning and it has become a nationwide trend. Social media is full of congratulatory messages while the trolls are having fun sharing exam results memes. People are eager to know who the CBSE class 12 toppers are! We at SocioFreak have got all the answers to your questions. The CBSE topper in 2017 is Raksha Gopal. Raksha scored a whopping 99.6 percent! Now that’s a damn good score! So, who is this CBSE class 12 topper? Here’s everything you need to know about Raksha from Raksha Gopal’s wiki.

Raksha Gopal, age 17, is a student of Amity International School in Sector 44 of Noida. She belongs to a very simple family where education is given priority above anything else. Raksha was a student of the Arts stream and aims to master the field of economics some day. No doubt these values imbibed in her helped her to achieve this feat. Here are some interesting facts to know about her:

Raksha’s father Gopal Pallipuram Srinivasan works in the Gujarat State Petroleum Corporation as a Chief Finance Officer and her mother, Ranjani Gopal, is a homemaker. When asked about their daughter’s splendid performance, her father said “We are stunned by our daughter’s performance. Raksha was always a talented student but scoring 99.6% is a remarkable feat.” Her parents are happy with their daughter’s score and are encouraging her to pursue her dreams.

This is unbelievable! Achieving 100/100 is not an easy task and the girl has earned our respect! Raksha scored 100 in English Core, Political Science, and Economics. And that’s not all! She scored 99 in Psychology and History.

She Wants to Pursue Political Science at DU

In an interview with the Hindustan Times, Raksha said that she was waiting for the first cut-off list and didn’t have any particular college in mind. She also added that Economics is her favorite subject and wanted to pursue graduation and post-graduation in the same field.

She Proved that Humanities Students Can Score

In an interview with CNN News-18, Raksha said “The feeling is yet to sink in. I knew I would do well, but never thought I would top. This shatters the myth that students from Humanities cannot score.”

Raksha was Awarded the Chairperson’s Appreciation Award in 2016

Raksha took to Facebook to share this precious moment. Seeing this achievement congratulatory messages from her friends and family started to pour in.

Other CBSE toppers include Bhumi Sawant of Bhavan’s Vidya Mandir, Chandigarh is the second topper with 99.4% and Aditya Jain from the same school scored 99.2% taking the place of the third topper. Mannat Luthra of Bhavan Vidyalaya, Chandigarh secured 99.2% and stood fourth.