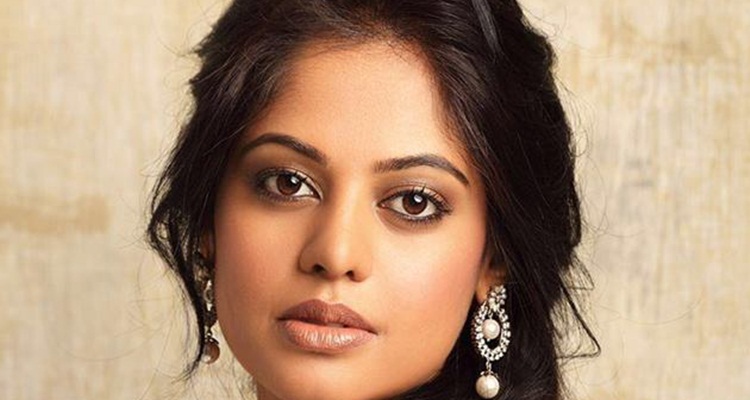 Bindu Madhavi made a grand entrance at Bigg Boss Tamil house on Sunday, July 30. Before she was escorted to the house, she performed and had a crisp conversation with the host, Kamal Haasan. The rest of the contestants gave her a warm welcome as she arrived. Who is Bindu Madhavi? Is a question many of you might be wondering about. Not to worry! Find all you need to know about her in Bindu Madhavi’s wiki.

Bindu is an Indian model and actress famous for her work in Tamil and Telugu Cinema. She started her career with modeling and later decided to enter the world of movies.

Bindu’s father was a deputy commissioner in the commercial tax department. Due to her father’s job profile, Bindu’s family moved a lot before settling in Chennai, Tamil Nadu. She went to different schools in different cities including Tirupati, Nellore, Guntur, Vijayawada, and Hyderabad. She got her Bachelor’s degree in Biotechnology from Vellore Institute of Technology in 2005. Bindu had a brother who passed away in 2012.

Bindu started modeling in her college days itself

Bindu Madhavi’s family was against the thought of entering the tinsel town. She was guided by a celebrity photographer Venket Ram, who did her portfolio photo shoot. Bindu Madhavi’s hot photos got her, her first assignment when she was still in college. It was a photo shoot for Saravana Stores. She did more a few more shoots and started working in Television advertisements. Her work in the Tata Gold Tanishq commercial caught the eye of director Sekhar Kammula and she got the chance of auditioning for his Telugu film Avakai Biryani. Once she entered the industry, her charm spread like wildfire and the offers started pouring in. She appeared in a number of movies after that including Bumper Offer, Om Shanti, Rama Rama Krishna Krishna, Veppam.

After Veppam Bindu turned to the Tamil industry

She received more Tamil film offers after Veppam. Later, she was seen in Kazhugu which was a big hit at the box office. After Kazahugu, she was seen in many Tamil movies like Kedi Billa Killadi Ranga, Desingu Raja, Varuthapadatha Valibar Sangam all of which were commercially successful.

Bindu is currently a contestant on the first season of Bigg Boss Tamil.

Bindu arrived at the house with a good idea of the current situation between the inmates. She also has a hint of the public’s likes and dislikes. Now that there is a new inmate, how will it affect the current equations between the contestants? Will she be able to bond with the people’s favorite Oviya? Will she make it to the end? Stay tuned to find out more.