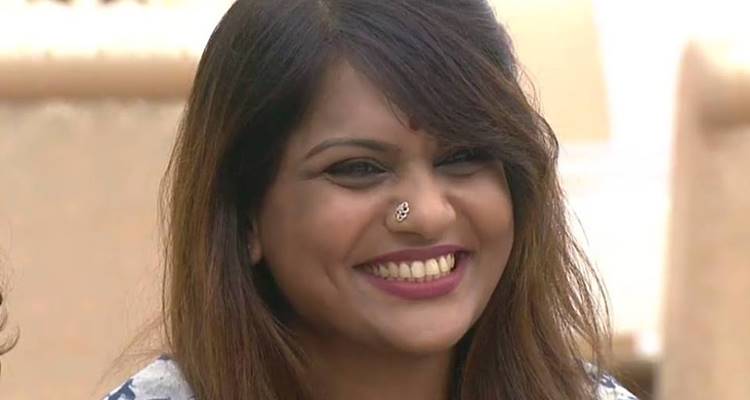 Bigg Boss Telugu kicked off a couple of weeks ago and it’s already one of the most popular shows around. While all the contestants are trying to be in the lead, one contestant has caught the eye of the audience. She is none other than Kathi Karthi, anchor, on the news channel V6 and the host of Dil Se Karthika. Kathi’s antiques in the show are gaining attention and it won’t be long before she takes the lead among all the contestants. Some of you must be wondering who is Kathi Karthika? For all those who to learn more about her, here’s Kathi Karthika’s wiki.

Kathi Karthika comes from Telangana and studied in Hyderabad. Kathi Karthika’s age is 36 as of 2017. Kathi completed her graduation in Architecture and worked in the same field for some years. Later, she went to London to pursue her higher studies. Much details aren’t available about Kathi Karthika’s family but she is married and has a son who is 10 years old. Kathi Karthika’s husband stays away from the media spotlight and no details about the couple are publicly available.

Kathi is one of the non-celebrity contestants on Bigg Boss Telugu along with Madhupriya, who is a singer. Bigg Boss Telugu’s host Junior NTR is already a formidable force in the Telugu industry and due to his popularity, the show is hitting high ratings continuously. Kathi is said to be one of the most peaceful and low lying contestants on the show. In one of the recent episodes, Kathi was seen discussing with Madhupriya how their support for the house captain Kalpana was opposed by all the other contestants.

Fans are going berserk over Kathi Karthika’s hot photos and we also admire the brunette’s beauty. Here are some of Kathi’s best images:

When Life Gives You Curves… Flaunt Them!

Kathi Karthika’s Bigg Boss performance has been cold so far and we hope to see Kathi engage in some real action on the show. For more updates on Bigg Boss Telugu, stay tuned to SocioFreak.