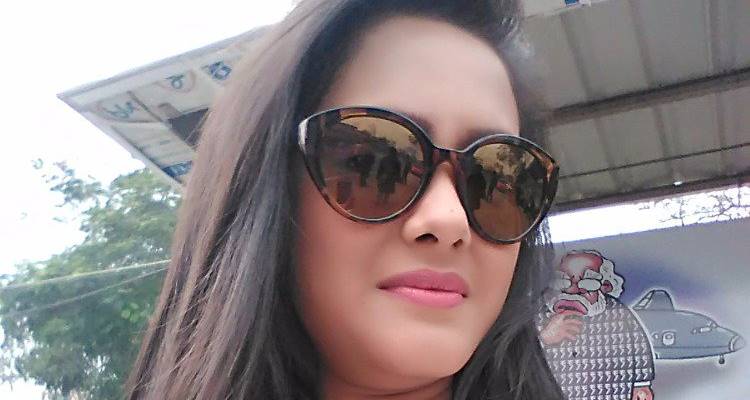 Bidisha Bezbaruah, Jagga Jasoos actress was found dead at her Gurugram Residence. It has come rather a shock to all of us as it is just days ago we had seen her sharing screen with Ranbir Kapoor in Jagga Jasoos. Bidisha Bezbaruah’s husband is a person of interest in the case and the police are going to take her husband’s statement. Who is Bidisha? What is her cause of death? I know all such questions are storming your mind so check out Bidisha Bezbaruah’s wiki below.

Bidisha was born to Aswini and Ranjeeta Bezbaruah. Bidisha Bezbaruah’s age at the time of her death is not known. She completed her schooling at the Nichols School in 2007. She went on to pursue majors in English Literature from Cotton College and even completed a diploma in Mass Communication. Bidisha also held a degree in journalism which she completed from the Indian Institute of Mass Communication (IIMC) in New Delhi.

More than her acting skills, Bidisha was known for her valuable contribution in the field of art and culture. Coming from Assam, she reached peaks of fame after her portrayal of the character Rumi in the drama Xanto Xisto Hristo Pusto Mohadusto was appreciated by one and all. She was also known for performing the popular Assamese dance form Bihu in a performance by Papon for an event organized by Radio Mirchi.

Bidisha Bezbaruah married Nisheeth Jha in 2016. Nisheeth currently resides in Mumbai. Nisheeth’s family comes from Gujarat. The couple’s marriage was going through a rough patch since some months and police suspect that this might have been the cause of her suicide.

It is also speculated that Bidisha’s in-laws are involved in a matter of mental and emotional harassment. Bidisha’s husband Nisheeth has been booked under the abetment to suicide law. Further details of the investigation are yet to come.

On Monday, July 17, Bidisha Bezbaruah hung herself to death by a ceiling fan in her apartment in the sector 43 of Noida. Her parents suspect that Bidisha’s husband had an extra marital affair which could have been the cause of Bidisha’s such extreme decision.

The following are excerpts from a complaint filed by Bidisha’s parents:

“I last spoke to her around 5 pm yesterday and she desired to get a divorce from her husband of 14 months. As a normal parent, I asked her to keep her calm and then decide. I called her husband who is currently in Mumbai to come here and be with her. “He flatly refused and hung up the phone. I asked my daughter to maintain her composure. She then hung up and switched off her phone. We thought she might be too depressed to talk but could have never thought that she would commit suicide. “We were shocked when police called to tell that she was found hanging in her apartment. We want her post-mortem on camera as she was forced to kill herself,” her father said.

Bidisha Bezbaruah’s Images are not Available on the Internet

We tried to search for Bidisha Bezbaruah’s images on Instagram but apparently, her account seems to be deleted from the popular image sharing platform. Below are a couple of pics of her from her Twitter account.

Thank you #iimc for fulfilling a dream! Met one of the hottest Sarod maestros, Aman Ali Khan. #adpr1 @SrishtyChawla pic.twitter.com/7h6LU3a0ze