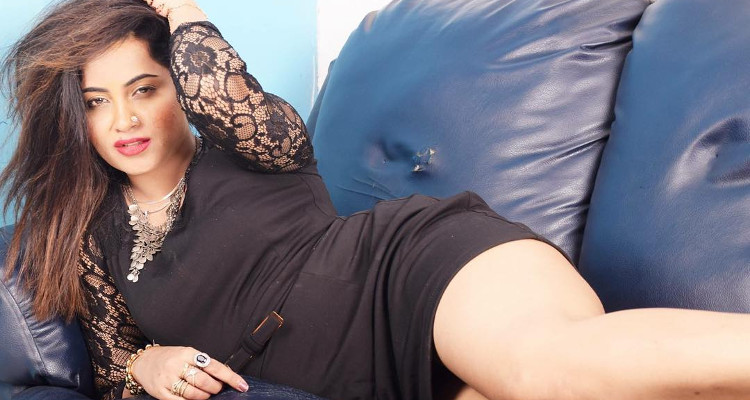 Disclaimer: Do NOT forget to check out Arshi Khan Hot Pics!

Khan originates from Afganistan. She moved to India when she was 4. Born in the year 1989, Arshi Khan’s age is 28 as of 2017. Known for her glorious looks and resplendent outlook, Arshi is one of finest contestants Bigg Boss has seen. She is known to have a career in modeling, dancing and acting. She is mostly seen in Tollywood. In her initial years in India, Arshi lived in Bhopal. She completed her schooling and moved to Mumbai.

Also Read: Everything You Need To Know About Bigg Boss 11!

That’s right! Khan is said to be dating the infamous Pakistani cricketer, Shahid Afridi! But her relationship with him seems rather ambiguous. Media reports said that Arshi completely denied any connection what so ever with cricketer Afridi. However, recently the duo was spotted in Dubai enjoying a private vacation. When asked about the same, Khan replied, “I go to Dubai many times. I have many relatives over there. I am not seeing anyone“. In another shocking turnaround, Arhsi tweeted that she was dating Shahid a couple of months back. Well now, that’s there! Is Shahid Afridi Arshi Khan’s boyfriend? Time will tell! Here’s a photo of Arshi Khan and Shahid Afridi:

And the moment is here! I present to you 8 of the sexiest Arshi Khan hot pics you will find on the internet! Arshi Khan’s Instagram is filled with some badass titillating photos. Here are a few of them: