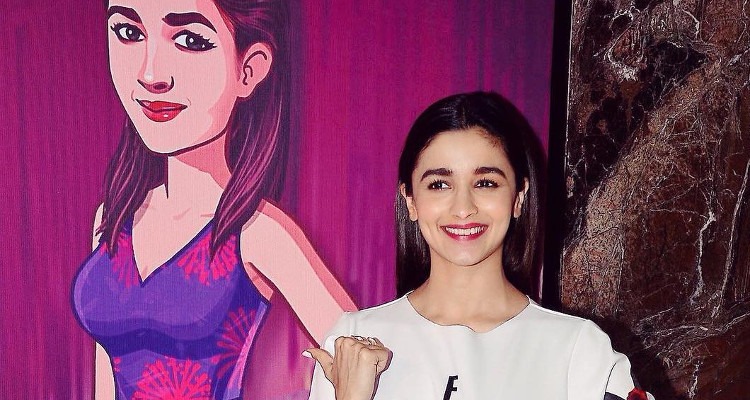 Indian actress, daughter of Mahesh Bhatt the young and sensual Alia Bhatt is rising to superstardom. She made her debut in ‘Karan Johar’s’ ‘Student of the year’. After that, she did a number of blockbusters. Alia Bhatt has Acted in several movies including ‘Highway’,’Udta Punjab’,’Dear Zindagi’. She has also played a role as a child actress in ‘Sangharsh’ starring Akshay Kumar and Preity Zinta. People all over the country have been searching for Alia Bhatt’s hot pics and she never seems to disappoint us with her stunning looks. Here’s all you need to know about her from Alia Bhatt’s Wiki.

Alia Bhatt was born on 15th March 1993. Alia Bhatt’s age is 23 and she has achieved more than anyone can at that age. She is the daughter of renowned filmmaker Mahesh Bhatt and actress Soni Razdan. She says her relationship with her mother and father has evolved over the years and she has a friendly relationship with them now.At such a young age Alia Bhatt has made a name for herself as a versatile actor with some power packed performances in “2 States”, “Highway” and “Udta Punjab”.Alia Bhatt also has an elder brother, Rahul Bhatt (35), who is a fitness trainer and two elder sisters, Shaheen Bhatt (28) and the infamous Pooja Bhatt (45).

Alia Bhatt has a whopping net worth of $2 million according to Forbes. Alia Bhatt Owing to her successive hit, Alia Bhatt recently gifted herself a new Audi. Although she has owned and driven high-end cars in the past, this is the first time the young actress has bought a car from her own savings. She bought a gray Audi 6 and is very excited about her new ride.Alia Bhatt owns a flat in Mumbai. It was gifted to her by her father Mahesh Bhatt. She lives there with her sister Shaheen.

Her yearly earnings have increased over the years:

She has also performed in a number of events including the ‘Filmfare Awards’ ‘Screen Awards’ ‘Stardust Awards’ and participated in a stage show in Hong Kong with ‘Varun  Dhawan’ and ‘Siddharth Malhotra’.She is also the celebrity endorser for a number of brands and products, including Coca-Cola, Garnier and Maybelline.

Who is Alia Bhatt’s boyfriend? This question pops up into the mind of each and every fan of Alia Bhatt. It is being said that Alia Bhatt is dating fellow actor Sidharth Malhotra. Recently when asked on TV show Koffee with Karan, both of them denied their dating rumors.Rumors say that Alia Bhatt’s affair with Siddharth Malhotra started after their debut film ‘Student of the Year’. Recently it is being said that they broke up after working together in Kapoor and Sons. Some sources say they are still together some say they have broken up but we all have to wait till they actually confess.

Apart from Sid, there was a rumor about Alia getting intimate with Varun Dhawan who has starred with her in ‘Student of the year’, ‘Humpty Sharma ki Dulhania’, ‘Badrinath ki Dulhania’.Varun Dhawan is frequently seen on Alia Bhatt’s Instagram pictures.

After working with Arjun Kapoor in ‘2 States’,  their chemistry on screen lead to the rumor of them dating.

Being a huge fan of her work,  we wish her all the luck in her future endeavors.