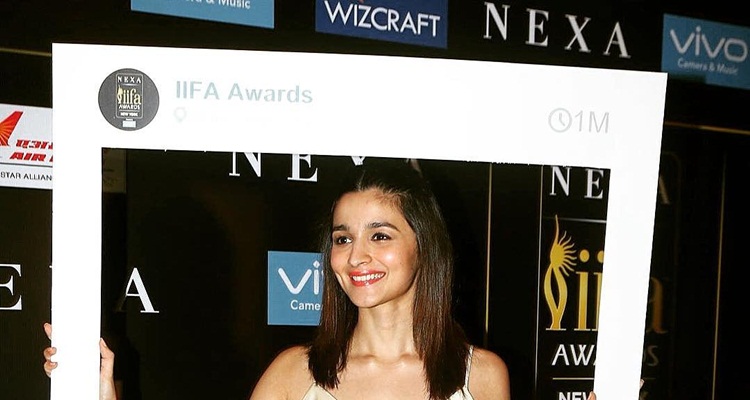 Alia Bhatt’s IIFA 2017 performance is one of the most trending searches on the internet. The young actress enthralled the audience with her groovy dance moves and enchanting voice. And to top it all, Alia Bhatt won the Best Actor award for Udta Punjab and the Myntra Style Icon award too! The IIFA 2017 winners list consists of many more talented actors, you can find it over here. Here’s Alia Bhatt’s video of her performance along with Alia Bhatt’s hot pics from IIFA 2017.

Alia Bhatt has made a name for herself in a cutthroat industry where there are no second chances. Coming from a family which is connected to the B-Town since decades, it was a huge responsibility for her to deliver the best performances and she has certainly lived up to the expectations and made us all proud. Alia Bhatt’s transformation journey from Student of the Year to Dear Zindagi has left us all stunned! She has shown immense potential and is one of the most influential and talented actors in the current scenario. Once a rookie, she has now turned the tables in her favor and is this generation’s heartthrob!

Alia Bhatt at the IIFA 2017 left us dazzled with her dance moves and singing skills as she performed on numerous songs. It started with Alia getting on the dance floor and dancing on the hit number “Radha” from SOTY. Her performance was just AWESOME! The girl definitely got some moves! She continued her performance with singing Sonam Kapoor & Badshah starred “Abhi Toh Party Shuru Hui Hai” from Khubsoorat. The audience was already in love with her at this time. And if this wasn’t enough, Varun Dhawan joined the party and the reel life perfect couple (as seen in many movies) brought the stage on fire as they danced to the beats of the title track of Badrinath Ki Dulhania. Damn, this beauty has so much to offer in her kitty! She was the presenter for the award of the Best Debut Actor – Male, which was awarded to Diljit Dosanjh. She took the opportunity to sing a couple of lines from “Ikk Kudi” as her excitement level was blasting through the sky! (as there wasn’t roof at the MetLife Stadium)

Here are some Alia Bhatt Videos from the IIFA 2017

The Princess of Our Dreams!

Best Designer, Best Outfit, Best One to Wearing It!

Will Alia Bhatt’s Hot Images Collection Ever End? NO is the Answer!